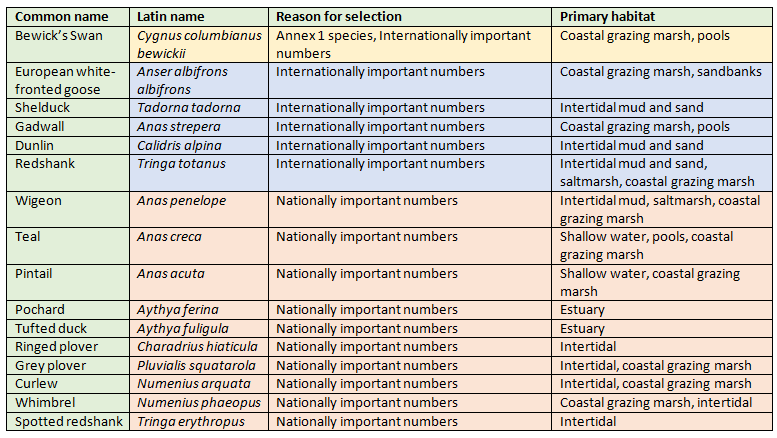 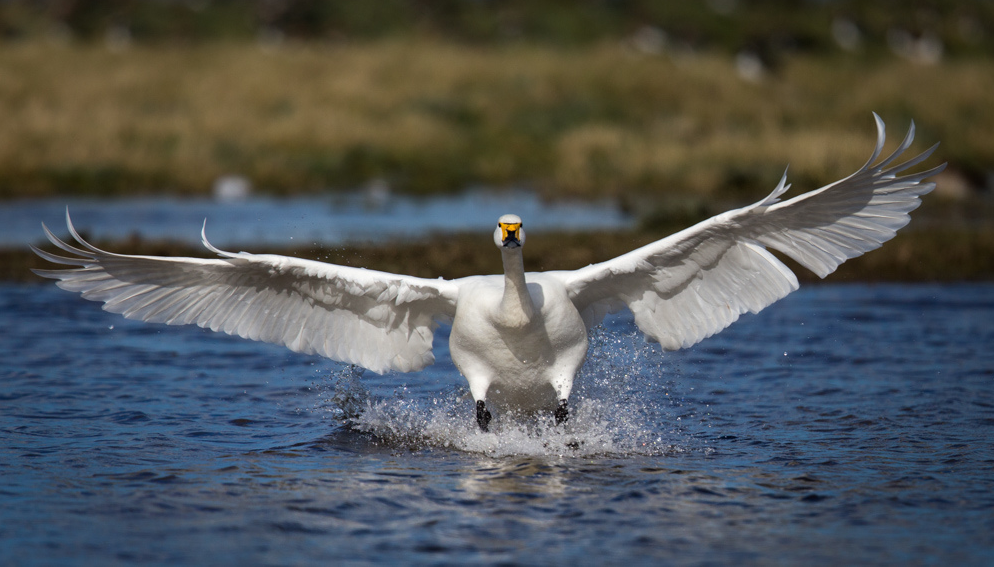 The Bewick’s Swan population on the estuary is of international importance, listed as an Annex 1 species under the EC Birds Directive (2009/147/EC). Key supporting habitats for the Bewick’s Swan are intertidal mud and sand flats and saltmarsh, especially those in the upper reaches of the estuary which are important for feeding and roosting. The Bewick’s Swan arrives in the estuary in October from its breeding grounds in Siberia and can be sighted in the Severn Estuary until March. 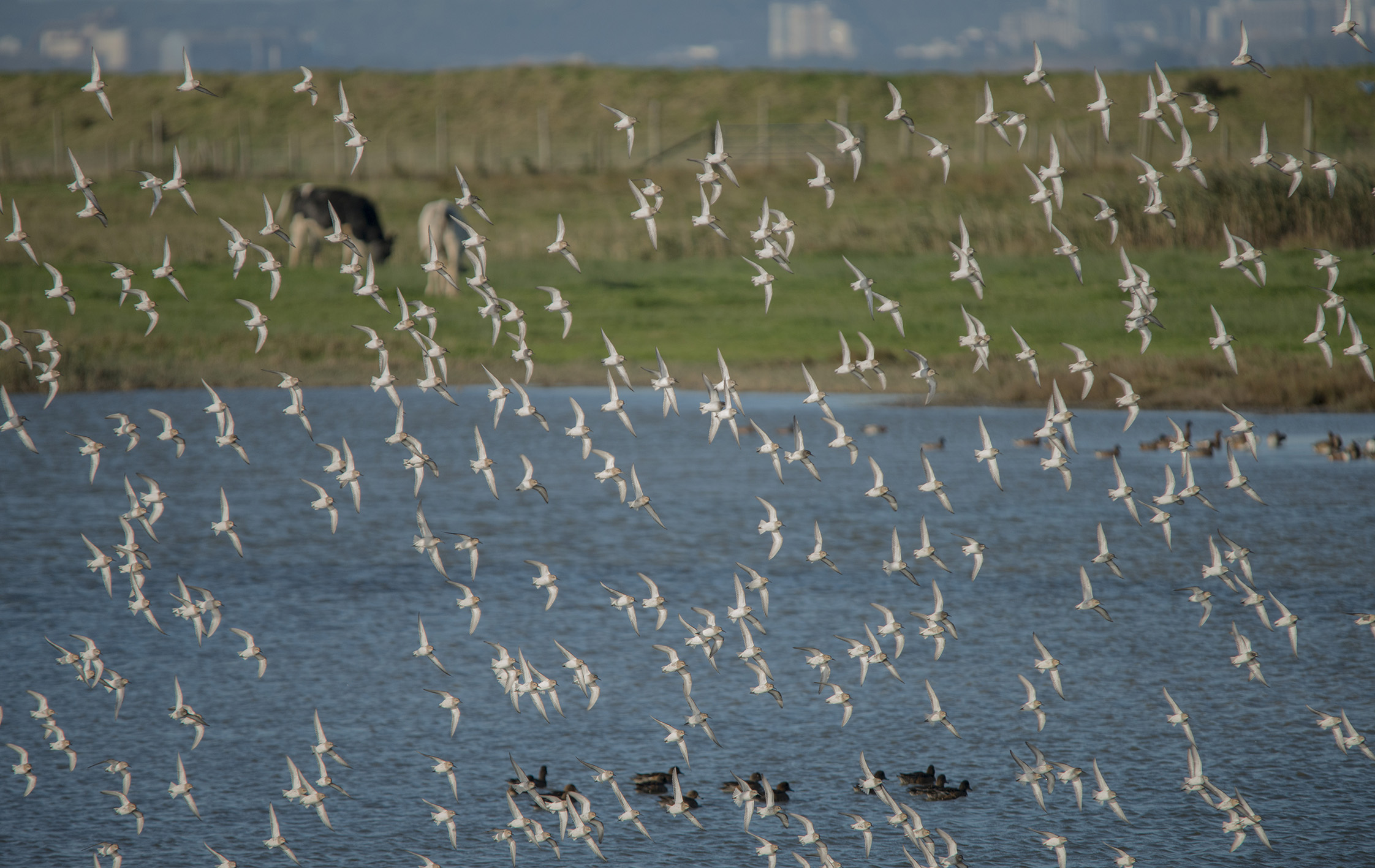 Species that qualify as a component of the assemblage feature include all the birds in the section above, as well as those species which have nationally important populations.