What is a Special Protection Area?

Special Protection Areas (SPAs) are highly protected sites designated under the Conservation of Habitats and Species Regulations 2017 (as amended). SPAs are protected for their rare, vulnerable and regularly occurring migratory bird species. Member States of the EU also have a responsibility under the Directive to safeguard the habitats that support these populations of wild bird species. There are currently 270 SPA sites over the UK, covering nearly 3 million ha.

The Severn Estuary was classified as a Special Protection Area (SPA) in 1995 after being identified as having national and international importance for the breeding, feeding, wintering and migration of rare and vulnerable species of birds, covering nearly 25,000 ha of the Estuary. These species are known as ‘features’. The intertidal mudflats and sandflats, saltmarsh, shingle and rocky shore habitats bordering the Estuary are also protected within the SPA, as they support the protected bird species.

These supporting habitats are known as ‘sub-features’. The Severn Estuary is one of the most important estuaries in the UK for overwintering wildfowl and waders, especially when severe weather conditions affect sites further north and east. The Estuary regularly supports over 20,000 wintering wildfowl, with over 80,000 individual waterfowls recorded in the winter seasons.

The diagram below indicates the relationship between the SPA interest features and supporting habitats. 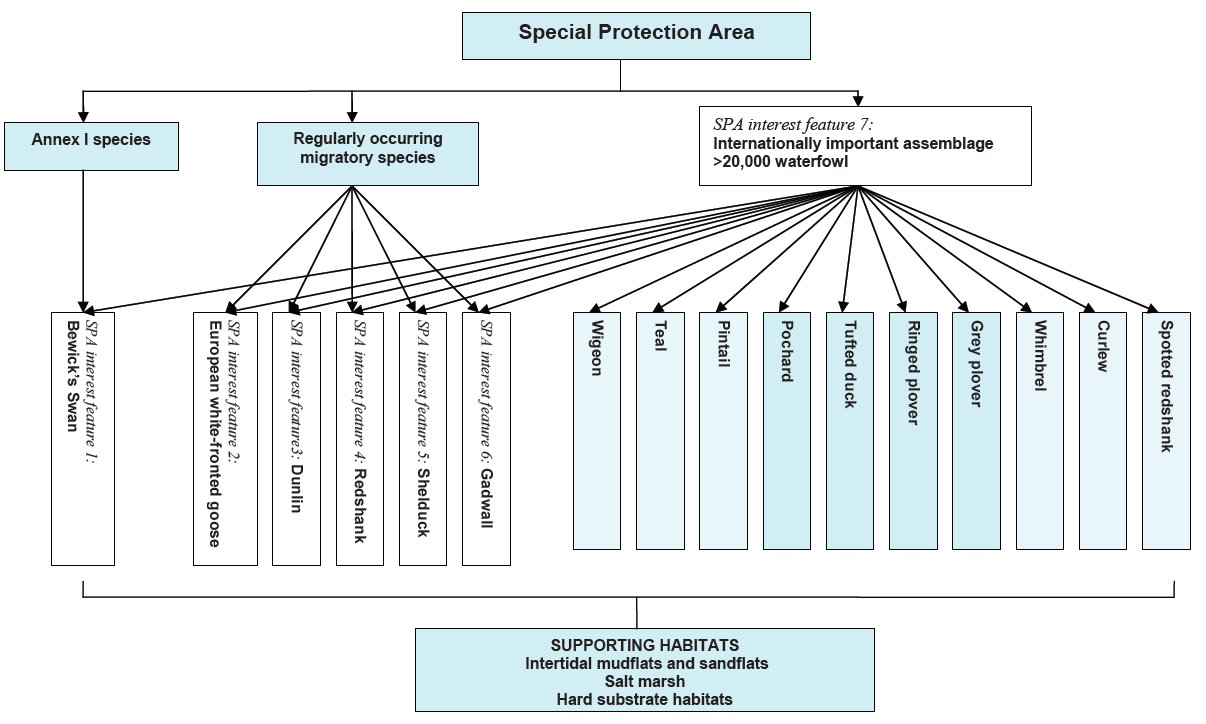