What is a Special Area of Conservation?

Special Areas of Conservation (SAC) are highly protected sites designated under the  Conservation of Habitats and Species Regulations 2017 (as amended). SACs are designated for their particular habitats and species of wild flora and fauna that are of ‘community interest’, listed within the Annexes of the Directive. The Directive requires Member States to take a variety of measures to maintain and restore protected habitats and species to favourable conservation status. 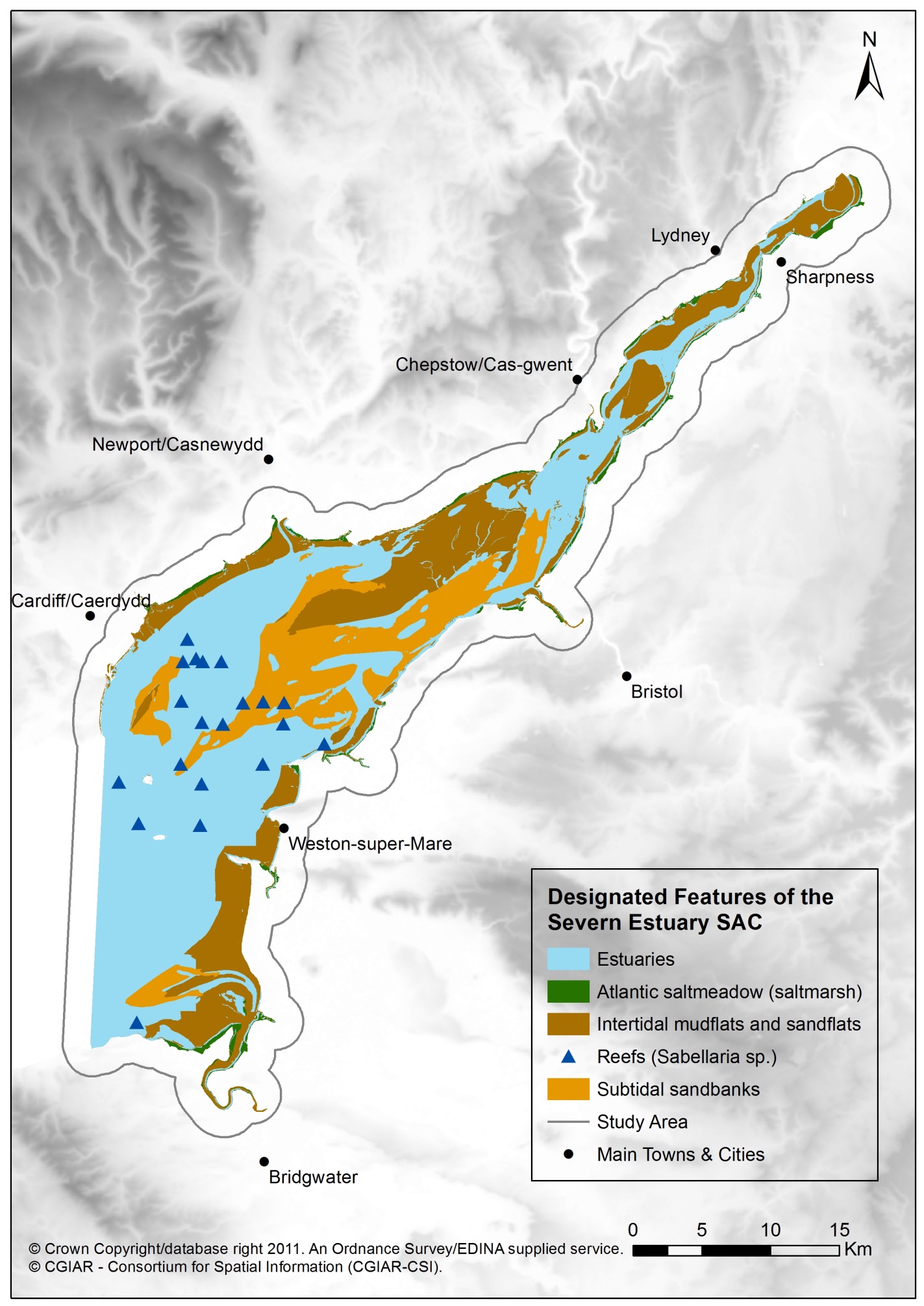 The Severn Estuary was designated as a Special Area of Conservation (SAC) in 2009. The Severn Estuary is considered to be one of the best areas in the UK to support a significant number of habitat types and species. The Severn Estuary SAC covers an area of nearly 74,000 ha. Within its overarching “estuaries” feature, subtidal sandbanks, intertidal mudflats and sandflats, Atlantic salt meadows (saltmarsh) and biogenic reefs are included. Furthermore, three species of migratory fish are defined both as features in their own right and as sub-features of the Estuary feature.

The diagram below indicates the relationship between the SAC interest features and supporting habitats. 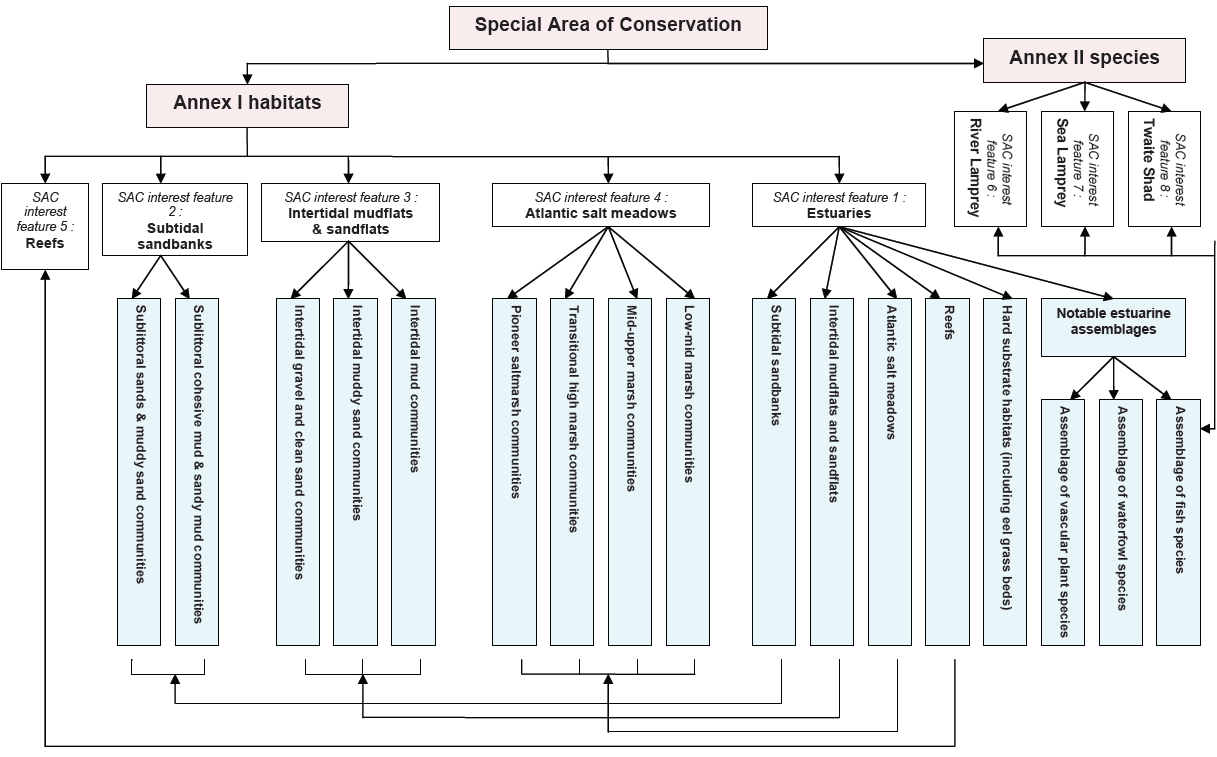